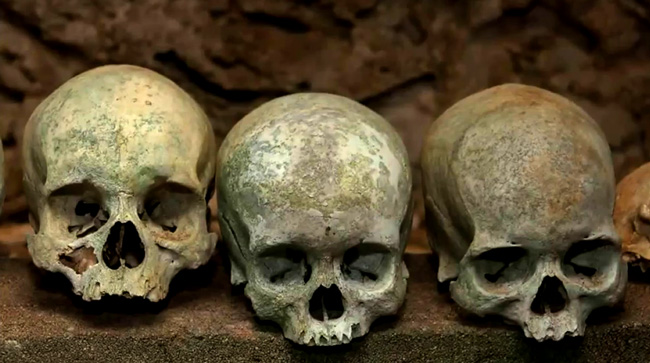 It is true not all tourists are into historical tourism. However, almost all people are interested in visiting new places during holidays. Here is the reference. There is a creepy and historical cave located in Talaud Regency, called Arandangan. To be exact, it resides in Damau Village and belongs to Kabaruan Island. Have no worries. The location is near to the local government office, which is only 40 meters apart. That means the accessibility is good, so tourists can easily get to the site without hassles. So, what is the cave about?

The Nuance
Once arriving at the cave, tourists may feel the mystical nuance right away. It is because the presence of bones and skulls scattered inside! In fact, there are hundreds of them! According to the locals, these belong to the Portuguese who came to Talaud to spread Catholic religion. This explains why the atmosphere becomes a little bit creepy there. Despite the fact, the cave offers an interesting history for tourists to learn during the visit. In this case, it is recommended to hire a tour guide who can tell thorough information and history regarding the cave.

Exploring Arandangan Cave
The first thing to do in Arandangan Cave is to learn the history of the site. This is why tourists should consider hiring a tour guide before heading to the cave. This person helps them to learn more information related to the site, after all. It is said the cave was related to the entrance of Catholic in Talaud Archipelago during the 16th century. At the time, the Portuguese came to the region to spread the religion to the native. In fact, the cave became the prime burial site for these people.

Being the burial site of the Portuguese who lived in Damau Village, the cave was considered sacred back then. These days, though, it has become another tourist site for everyone to visit. The Unique thing is the bones and skulls of those people remain in the cave, which looks so creepy! Some people take advantage of such uniqueness to conduct photography, though. After all, it is allowed to use a camera inside the cave even with the flashlight on.

Caving or cave exploration is also common there. That means visitors are going to enter the cave and explore its interior. Despite the damp and dark atmosphere, it becomes a distinct adventure for everyone to enjoy! As long as tourists come with a guide, they would be able to enjoy the activity without hassle.

How to Get There
From Manado City, the best way to get to Talaud Regency is by airplane. Tourists can get one at Sam Ratulangi International Airport and head to Melonguane Airport, actually. The flight takes around 1 hour and 5 minutes. Once arriving at Melonguane City, the last thing to do is to take a boat to Kabaruang Island and head to Arandangan Cave immediately. It may take about 2 hours and 30 minutes.