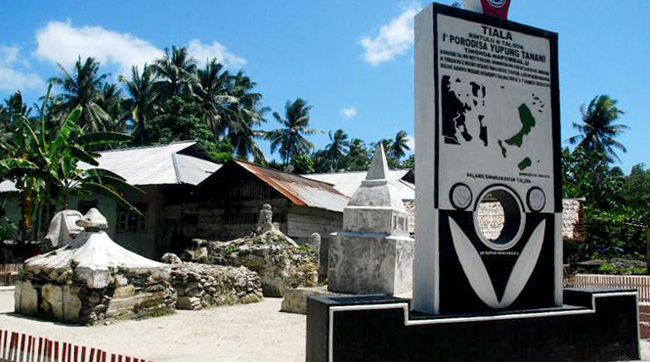 No one should overlook North Sulawesi Province’s allures, as it has various unique vacation destinations for tourists to visit during holidays in Indonesia. Those who love adventure and island hopping, they must not miss the chance to come to Talaud Regency or Talaud Islands. It is true the main attraction of the region is the presence of small islands itself. However, some interesting traditional villages also reside there including Bannada. This one is located in Gemeh Sub-District and it resides in Karakelang Island (located in the north part of the island).

The Nuance
Even though Bannada is considered a traditional village, some of the inhabitants have adapted to a modern way of living, though. Still, the village has its own allure which is the mystical atmosphere. It is because villagers still practice mysticism! Even tourists are allowed to watch the practice or performance directly. The only thing to consider is only the trip. It is because the route is considered challenging and difficult. Have no worries. Once arriving at the village, the atmosphere becomes soothing and peaceful. That means tourists can rest for a while before exploring the village later.

Exploring Bannada Village
In terms of territory, Bannada Village belongs to Gemeh Sub-District. The first thing to consider when visiting the village is related to the accessibility. It is because tourists need to spend much time and effort to get to the village. Not to mention it comes with numerous landscapes including rivers, rocky surfaces, coastal area, etc. For those who never come to Bannada, therefore, they must consider hiring a tour guide and take only the best transportation service when heading to the village.

Despite the difficulty, the reward is quite satisfying. It is because tourists are able to witness various natural beauties along the way to the village. Plus, the locals’ traditions are quite interesting. It is said people living in Bannada Village still conduct mystical practices. These people are even able to communicate with each other using supernatural media! This explains why tourists should not be careless when exploring the village. At least, they must not litter or spoil the environment. They are only the guests who visit others’ home, after all.

The next allure of Bannada Village is related to its status. It is said Bannada is the oldest village in Indonesia, exactly Talaud Islands. It was even the part of Porodisa Kingdom! There is even a legend regarding the first human who lives in Talaud, which was a female loner. Magically, she married a man who was once a goldfish! For further information, tourists should ask villagers or tour guides though.

How to Get There
From Manado City, tourists can take an airplane at Sam Ratulangi International Airport and head to Melangguane Airport at Talaud Regency. The flight takes about 1 hour and 5 minutes, actually. Once arriving at Melonguane City, the next thing to do is to get to the village by any available local transportation service. For the information, the trip takes about 3 hours.