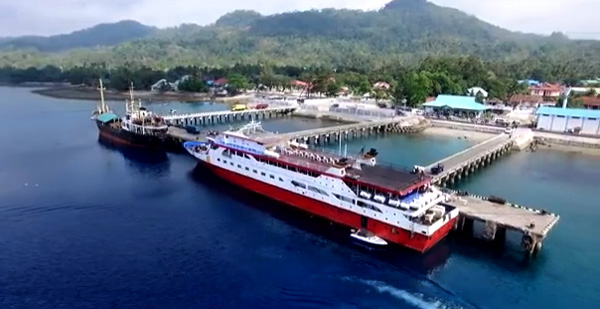 Only passionate travelers have heard a beautiful archipelago called Talaud Regency located in North Sulawesi Province. Well, it is recommended for everyone to visit the region someday. Not only they can enjoy island hopping, but they can learn some history or enjoy interesting local traditions as well. Regardless of the purpose, there is an integral consideration. Any tourists should head to the capital of the region first before exploring other parts of Talaud Regency in Indonesia. That means their prime destination is Melonguane City located in Karakelong Island.

The Nuance
In terms of size, Melonguane City has the width of approximately 77.39 km per square. According to the locals, there are about 13,575 people living in that area with the density of 175.41. The good thing is that the city features better facilities and accommodations as compared to other cities in Karakelong Island. That means tourists can take advantage of this benefit to make their holiday more comfortable. It is also easy to find transportation and tour guide services there. What tourists need to prepare is only money, so they must have planned the budget well before heading to Talaud Regency.

Exploring Melonguane City
Many things make Melonguane City famous. For instance, it is known as the northernmost region of the country. Not to mention it is bordering with the Davao City of Philippine. The next significant reason why tourists keep coming to the city is due to the panorama. It is because they can easily witness neighboring islands and sea scenery from there! Not only they can enjoy sightseeing, but they also have the chance to visit those islands by boat. This explains why island hopping becomes one of the most popular tourist activities in Melonguane.

Aside from the beauty, Melonguane City is also known for its history. According to the locals, Talaud was once called Porodisa in the pre-Christians era. It was a prosperous region and it gained its wealth from spices trading. However, the arrival of Spaniard and Portuguese changed everything. They came to the region and dominated the economy, so the native people weren’t able to live properly back then. Well, for further information regarding the history, tourists should take advantage of a tour guide who can tell exact story about it.

The most common reason to visit Melonguane City is indeed to enjoy the nuance. It is because tourists can find numerous natural attractions including beaches, conservation forests, caves, and many others. Not to mention various exotic bird species live there including canary, maleo, parrots, and many others. Do not forget that visitors also have the chance to try local foods and snacks especially sago!

How to Get There
For those coming from Manado City, they only need to take an airplane at Sam Ratulangi Airport and head to Melonguane Airport at Karakelong Island. Once arriving at the destination, the next thing to do is to find a nearby hotel for resting before exploring the city later. It is also important to hire a tour guide before exploring Melonguane!